Supporting organisations and health providers with insight into the patterns of attacks on healthcare and thinking about appropriate security risk management approaches that help to mitigate the impact of attacks on health care to ensure staff safety and better health outcomes.

Rumours and misinformation may translate into incitement to violence against health providers and the aid sector more widely.

Monitoring reports on violence or threats of violence to support policy responses that better protect health workers and health providers during future outbreaks. Our global health map includes attacks on health care in the context of Ebola emergency responses in the DRC and South Sudan. Use the ‘Ebola’ context category to filter incidents.

On 22 September 2022 health authorities in Uganda declared an Ebola outbreak for the first time since 2012 after a patient was declared positive for the Sudan strain (SUDV). The outbreak is of particular concern not only to Uganda, but also to its neighbouring countries such as the DRC, South Sudan and Kenya.

Our social media monitoring indicates some social media users appear to interpret and instrumentalise the disease outbreak in terms of their political struggle. This increases the risk that medical and public health interventions are also interpreted as being linked to political and financial interests, undermining the neutrality and impartiality of these interventions.

During the 12th Ebola outbreak in North Kivu province between 07 February to 03 May 2021, 12 cases of Ebola were recorded and six people died from the disease. Our social media monitoring indicates that the damaging rumours which negatively impacted public health campaigns during the 10th Ebola outbreak are still shared by some members of local communities.

During the 11th Ebola outbreak in the Equateur region between 1 June 2020 and 18 November 2020, 130 cases of Ebola were recorded and 55 people died from the disease. Our social media monitoring suggests that many Congolese citizens reacted in disbelief at the news of yet another Ebola and expressed views that the renewed presence of Ebola in Équateur was either invented or deliberately brought to the region for economic purposes. In this vein, the phrase Ebola business was regularly evoked by commentators. A reporting platform on sexual violence and abuse.

These figures exemplify the challenges of rolling out an emergency response in areas outside of government control where the healthcare system is weak, ongoing conflict is under way, and historical tensions exist between local communities and the central government. The data and contextual dynamics particularly highlight the complexities of gaining community acceptance in areas affected by conflict and where armed groups maintain control over territories.

Allegations of widespread sexual exploitation and abuse by aid workers working in this Ebola response were also rampant. 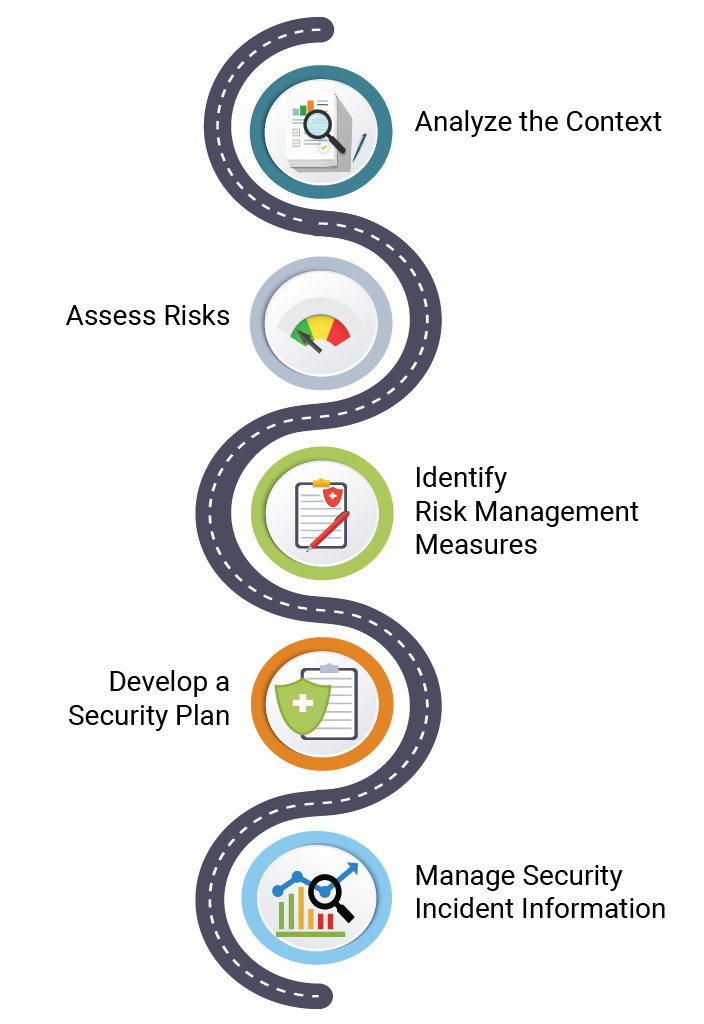 15-min guide on how to implement security risk management measures to protect healthcare responders and communities during a public health emergency or infectious disease outbreak. 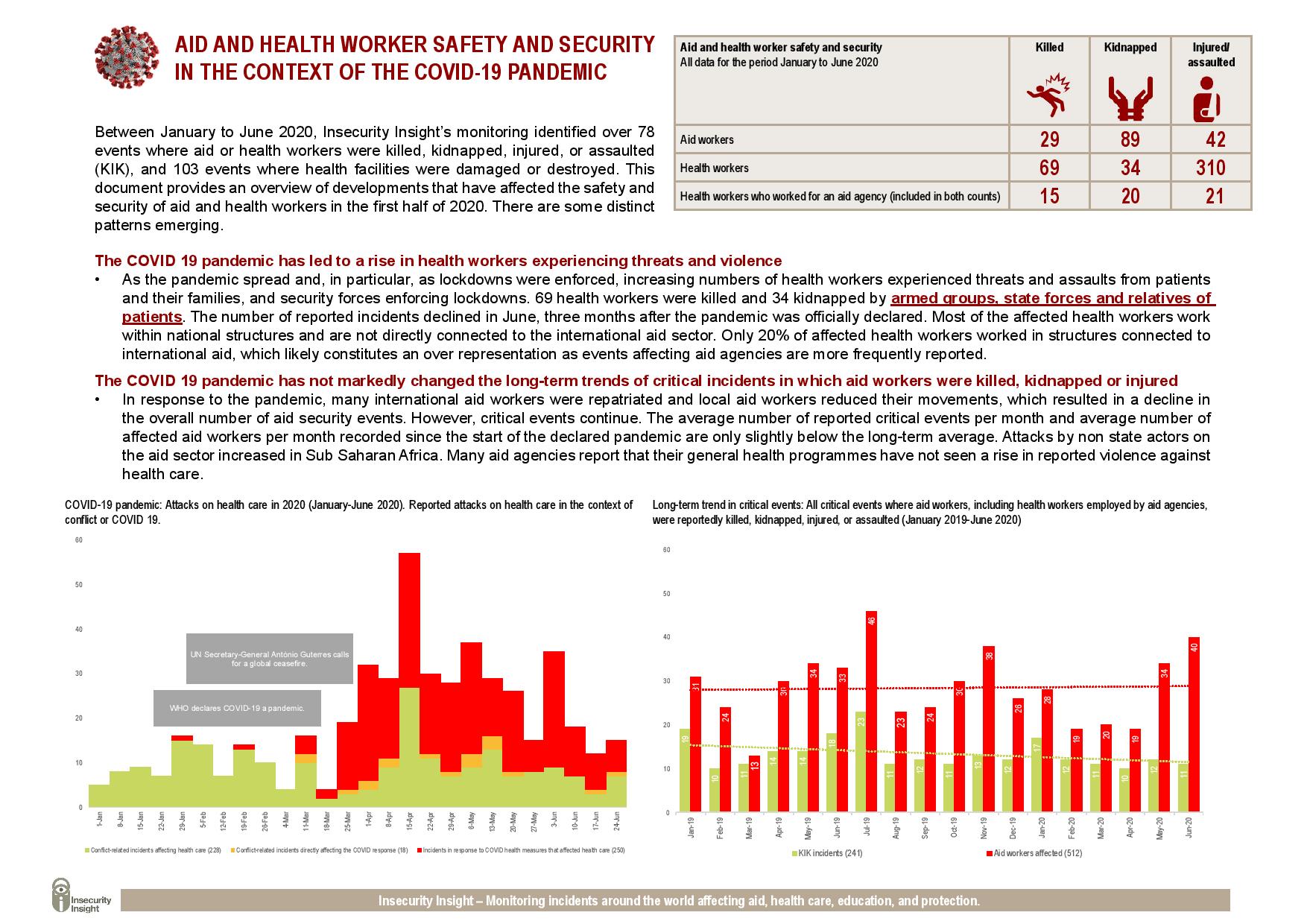 This report examines aid and health worker safety and security in the context of the COVID-19 pandemic.

The Attacks on Health News Brief and the Social Media Monitoring are supported by the Foreign, Commonwealth and Development Office (FCDO) of the UK government through the RIAH project at the Humanitarian and Conflict Response Institute at the University of Manchester, UK and through the project ‘Ending violence against healthcare in conflict: documentation, tools, and data-informed advocacy to stop and prevent attacks’ funded by the European Union. The contents are the responsibility of Insecurity Insight.

The monitoring of violence against the 10th Ebola response between September and December 2019 was funded by the H2H Fund which is supported by UK aid from the UK government. Insecurity Insight is a Humanitarian to Humanitarian (H2H) organisation committed to the Humanitarian Principles.